Every DevOps team depends on automation, but many tasks can’t be safely automated because they rely on senior DevOps specialists. That means hold-ups in sharing work with the rest of the business, and delays to CD/CI pipelines.

Osirium Automation, built on the Privileged Process Automation (PPA) platform, removes the barriers to this sharing: simplified, consistent processes that can be delegated to non-specialists across the business, and faster delivery of DevOps projects. 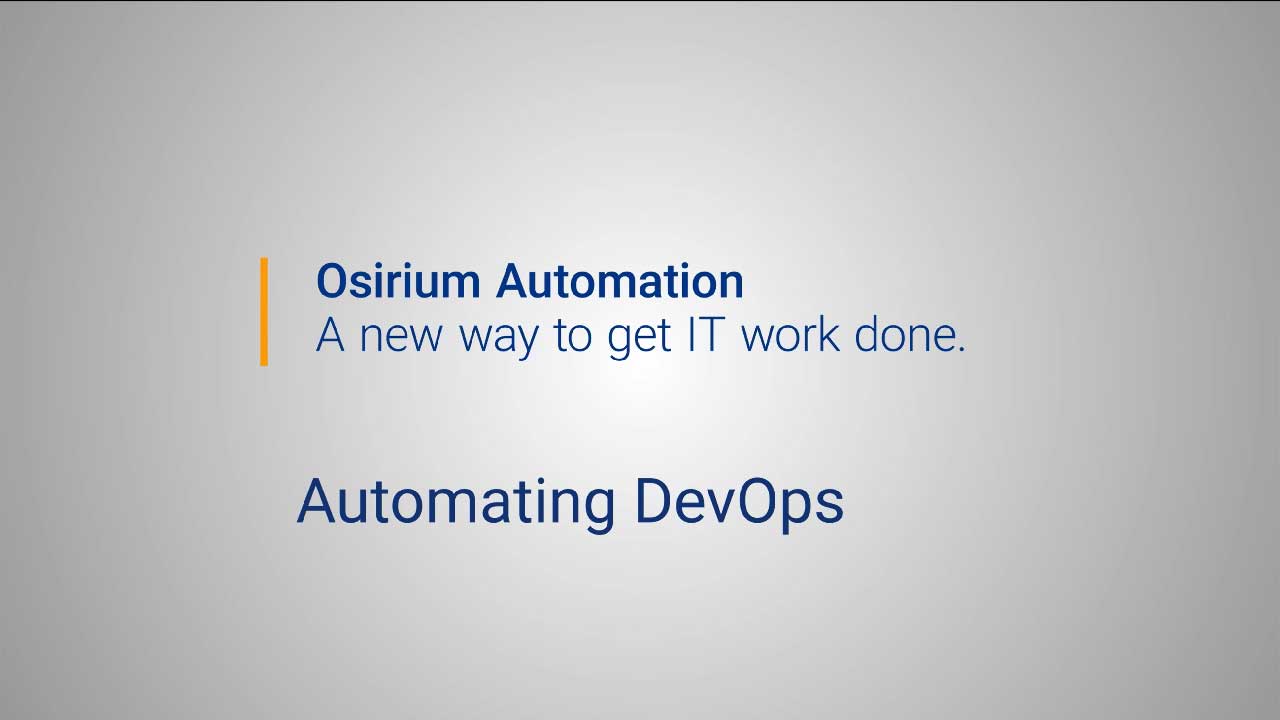 Automation is used widely across DevOps teams using tools such as Ansible, Puppet, and many others. There are two challenges with most automation tools: sharing the automation scripts in different technologies and handling the need for credentials to manage systems. For example, an Ansible script may be used to deploy a web server, but a PowerShell script might be used to spin up virtual machines in vmware which needs a login for the vcenter management console.

Short cuts might be taken, such as embedding those credentials in the scripts leaving them open to abuse.

With Osirium Privileged Process Automation (PPA), all those tasks, including running Ansible playbooks, can be wrapped in an automated playbook. As an example, DevOps engineers simply provide some information about the the environments they want to create and the playbook will take care of the rest. Credentials are always protected, so users can't abuse them or do anything they shouldn't.

Osirium Automation playbooks can be integrated via API into existing infrastructure build pipelines. For example, if the existing process is for a developer to raise a help desk ticket in ServiceNow, once that request has been reviewed and approved, ServiceNow can start the deployment playbook in PPA. There's no need to delegate the task to a busy vmware expert. Once the job is complete, the ServiceNow ticket can be updated with all the details and the developer can get on with their work.

That's just one example, similar processes could be created to deploy applications and configuration changes. At all times, credentials are protected and audit trails maintained.

How to choose the right automation solution for IT operations

How business transformation is possible with secure automation

If you have any questions or want to speak to one of our representatives, please complete this form and we'll be in touch.